Everything I Need to Know I Learned from Iron Maiden

For those of you who don’t know, Iron Maiden is a veteran heavy metal band from England. They’ve been around for over 30 years, they’re most successful period being the mid-80s. As a teenager growing up in those years, I loved them from the beginning...the crunching riffs, intricate guitar solos, soaring vocals, etc. And, of course, there’s the often lurid artwork of their album covers, which enticed kids and outraged parents and conservative groups. But what I really loved were their lyrics, which were a lot different than what most groups chose to sing about.

The band is still around, though the things which outraged so many parents in the 80s seem rather quaint today. I mean, as a parent, would you rather your child listen to a horror-inspired tune like “The Number of the Beast” (which, if you read the lyrics, is not a so-called ‘satanic’ song at all), or a gangsta rap song about killing cops or abusing women?

Being a long-time fan notwithstanding, as an English teacherr, I think that the music of this iconic band even has a lot of educational value, both in and out of the classroom. For those of you who only know the band through their image (depicted mostly by their long-time rotting corpse mascot, Eddie), you should really explore what this group has done. While other heavy metal artists sang of women and partying, Iron Maiden ventured beyond the usual hard rock cliches, writing and performing a lot of songs based on classic literature and/or real life historical figures and events.

They’ve written songs based on the works of Edgar Allen Poe, Nathaniel Hawthorne, Samuel Taylor Coleridge, Frank Herbert and Allister Maclean, to name a few. They’re written songs about Alexander the Great, infamous battles in various wars, Greek mythology, events depicted in The Bible and the plight of the American Indian. And, as a teenager who’d never previously read The Bible, even their most notorious song (“The Number of the Beast”) inspired me to seek out its famous paraphrased opening passage

As a teacher, I’ve actually used some of their lyrics in the classroom, most notably “Rime of the Ancient Mariner,” a 13 minute song based on the Coleridge poem. Keep in-mind I teach 7th graders, and to get them interested in a 300 year old epic poem would seem to be an impossible task. Yet, condensed as a rock song, with lyrics which touch on Coleridge’s themes using more ‘plain’ language than the original (yet still often quoting the poem verbatim), some kids actually want to read the poem on which the song is based.

Aside from literature, Iron Maiden have written numerous songs about war, both real and imagined, about its futility and its glory. They’ve written songs about the advent of the atom bomb (“Brighter Than a Thousand Suns”), battle from a soldier’s perspective (“The Trooper,” “Aces High”), infamous military battles (“The Longest Day,” “Paschendale”) and history (“Run to the Hills,” “Powerslave”).

As such, I would put forth that, more than any other iconic artist, Iron Maiden provides educators with a unique opportunity to introduce students to new ideas and concepts. Yeah, many of the songs are flat-out, aggressive heavy metal, but if one is able to look beyond the music itself, there’s a lot a inspiration to be found in these songs, as well as opportunities for both parents and teachers to challenge reluctant students to think about themes within these songs. Sure, a band like Maiden might seem archaic to a classroom of teenagers, but I'll bet they'd rather hear, read and analyze this tuff than just a lecture or textbook chapter.

I think, for a lot of educators who aren’t life-long headbangers like myself, you just have to get past the album covers (obviously designed to sell records, not educate children). There are a lot of great engaging educational resources to be found on their records if an educator is willing to explore them.

And, no, I am not stating the members of Iron Maiden have an educational agenda. Like all music artists, they write songs which they think their fans will enjoy. I just think, from an educator’s perspective, their music is worth exploring by creative teachers and parents, even if heavy metal isn’t exactly their own personal music of choice.

The following are just a few great Iron Maiden songs (along with the albums they appear on) which offer more than the usual heavy metal claptrap, some of which could be a fun inclusion for adventurous middle or high school teachers:

“Phantom of the Opera” (from Iron Maiden) - based on the classic story by Gaston Leroux
“Murders in the Rue Morgue” (from Killers) - based on the Edgar Allen Poe story
“Run to the Hills” (from The Number of the Beast) - a song about the plight of the American Indian, told from both perspectives
“Flight of Icarus” (from Piece of Mind) - based on the greek myth
“To Tame a Land” (from Piece of Mind) - based on Frank Herbert’s novel, Dune (Herbert refused to allow the band use of his title because he hated heavy metal. what a dork.)
"The Number of the Beast" (from The Number of the Beast) - inspired by the story, "Young Goodman Brown" by Nathaniel Hawthorne.
“Aces High” (from Powerslave) - about the German invasion of England during WWII.
“Powerslave” (from Powerslave) - about the Egyption Pharoahs.
“Rime of the Ancient Mariner” (from Powerslave) - based on Samuel Taylor Coleridge’s epic poem
“Alexander the Great” (from Somewhere in Time) - based on the life of Alexander the Great
“Lord of the Flies” (from The X-Factor) - based on the novel by William Golding
“Paschendale” (from Dance of Death) - inspired by the Battle of Paschendale
“Brighter Than a Thousand Suns” (from A Matter of Life and Death) - about the creation of the first atomic bomb
“The Longest Day” (from A Matter of Life and Death) - about the Battle of Normandy.
Posted by D.M. Anderson at Wednesday, March 24, 2010 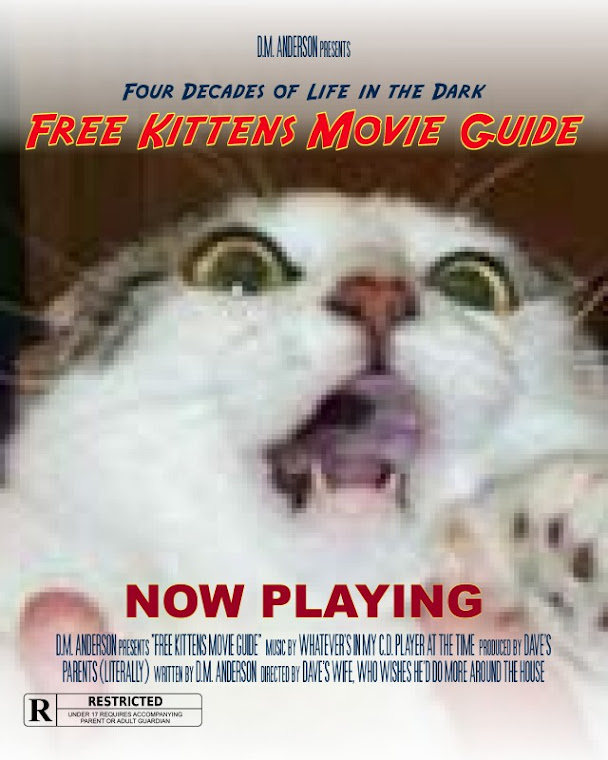 A nostalgic, fun & irreverent look at movies past & present 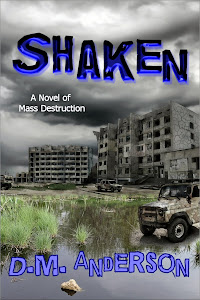 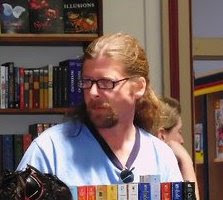 The Bottom of the Well 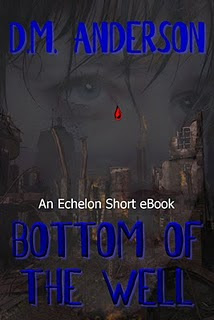 What if you were starving, but unable to die? A new e-book short by D.M. Anderson

Catch the Kittens by Email

The Best Ways to Waste a Weekend